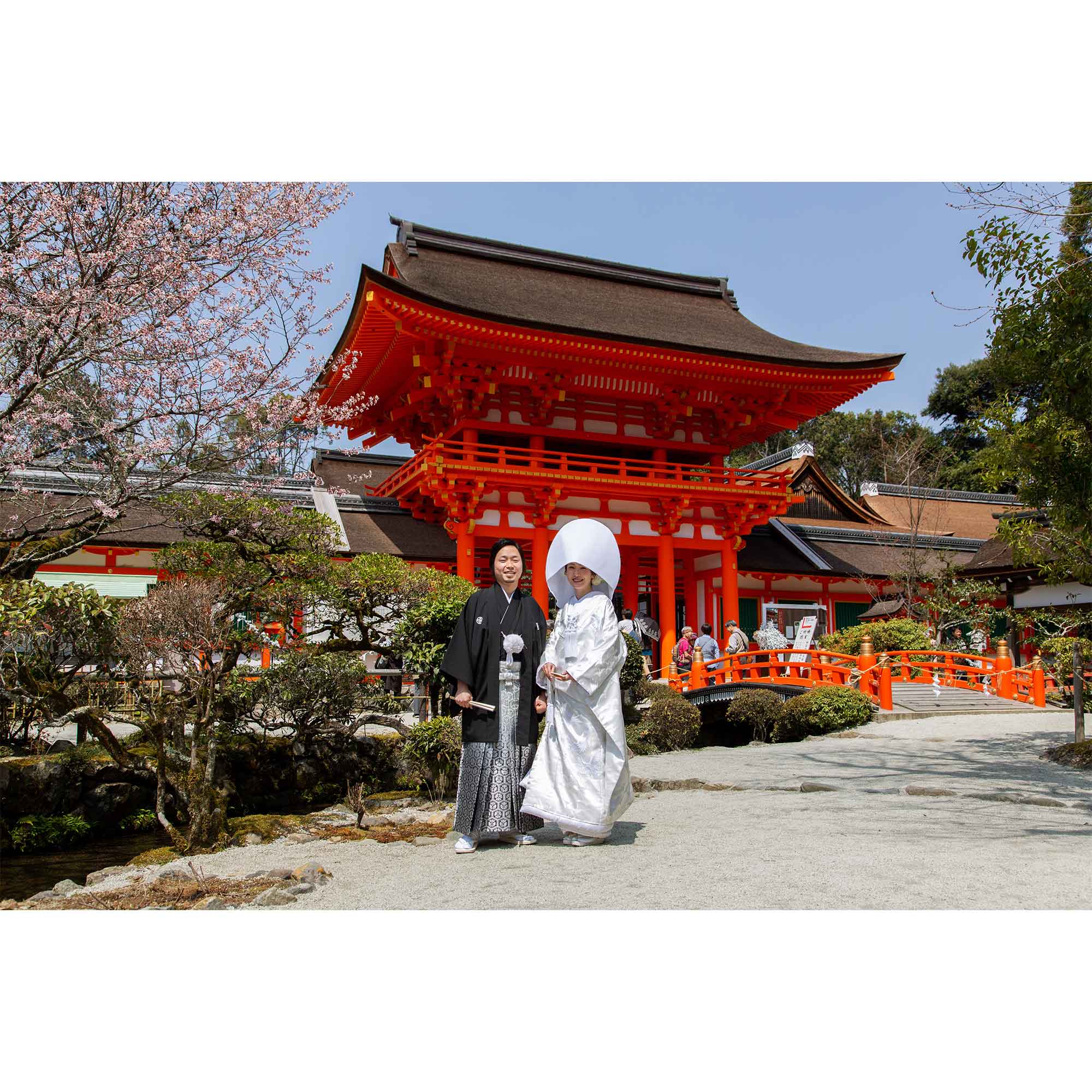 A celebratory meal prepared with the close ties to Kamigamo shrine

The Japanese history of Shinto wedding ceremonies dates back to 1900 of the Meiji period when Hibiya Daijingu shrine held emperor Taisho’s marriage ceremony. It is said that around this time Kamigamo shrine started holding marriage ceremonies.
Opened as one of the caterers along the Kamigamo’s Shake, Tamaya has provided meals for Kamigamo shrine’s festivals and marriage ceremonies through the years. Tamaya still operates with close ties with Kamigamo shrine and has been granted Futaba-Aoi (species of wild ginger) in its own garden. Tamaya welcomes families to enjoy part of Kyoto’s cultural and culinary legacies. 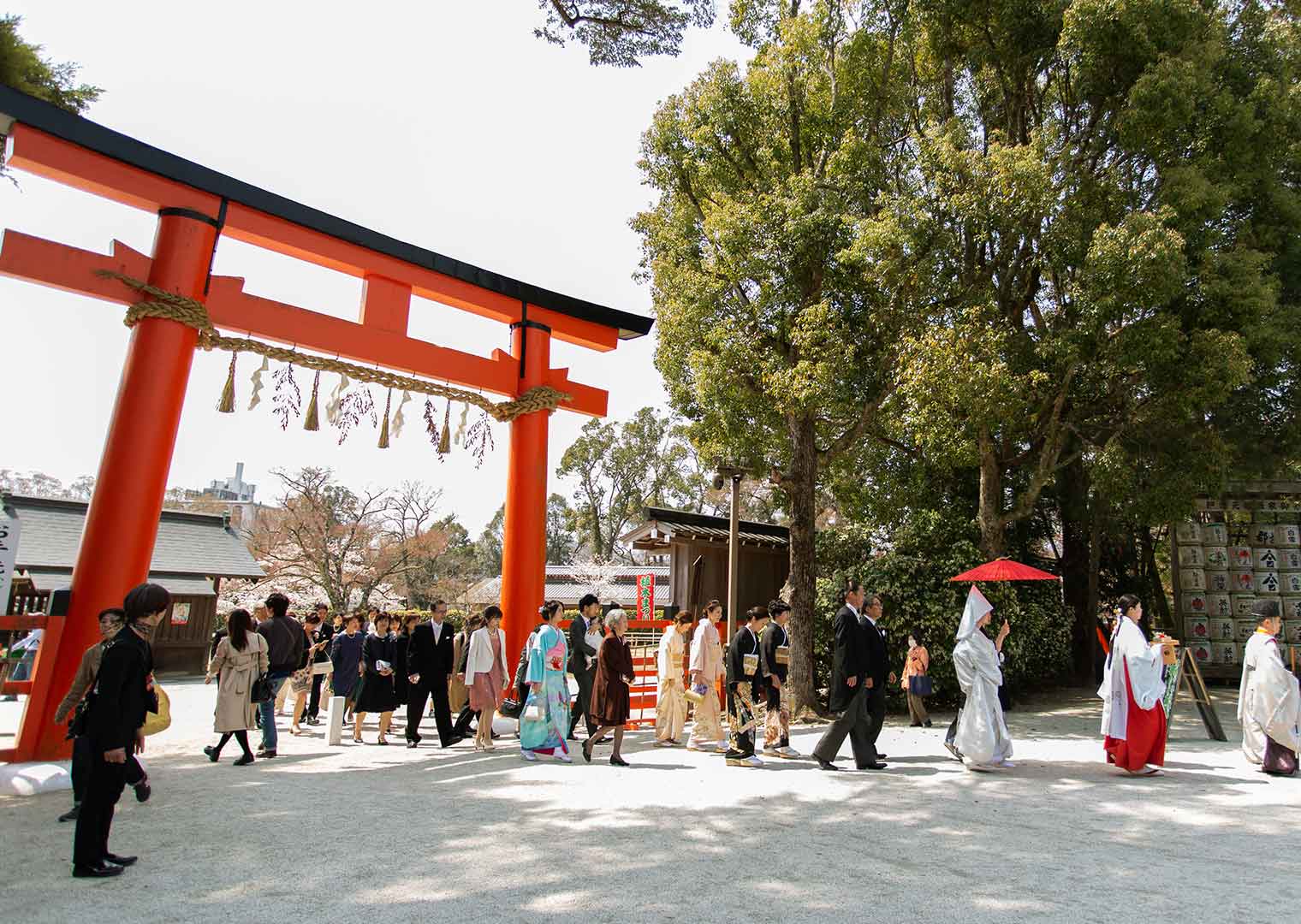 The marriage ceremony starts with the bride and groom and their families, lead by a miko and maihime (shrine maiden), in procession towards the shrine. At a special moment, the couple is wrapped in ceremonial clothing while traditional Japanese court music is performed as they proceed to stroll the grounds. Such details allow the couple, family and friends to share the warmth of togetherness.

Designated as one of Japan's National Treasure.
Vows ceremony in front of the Honden 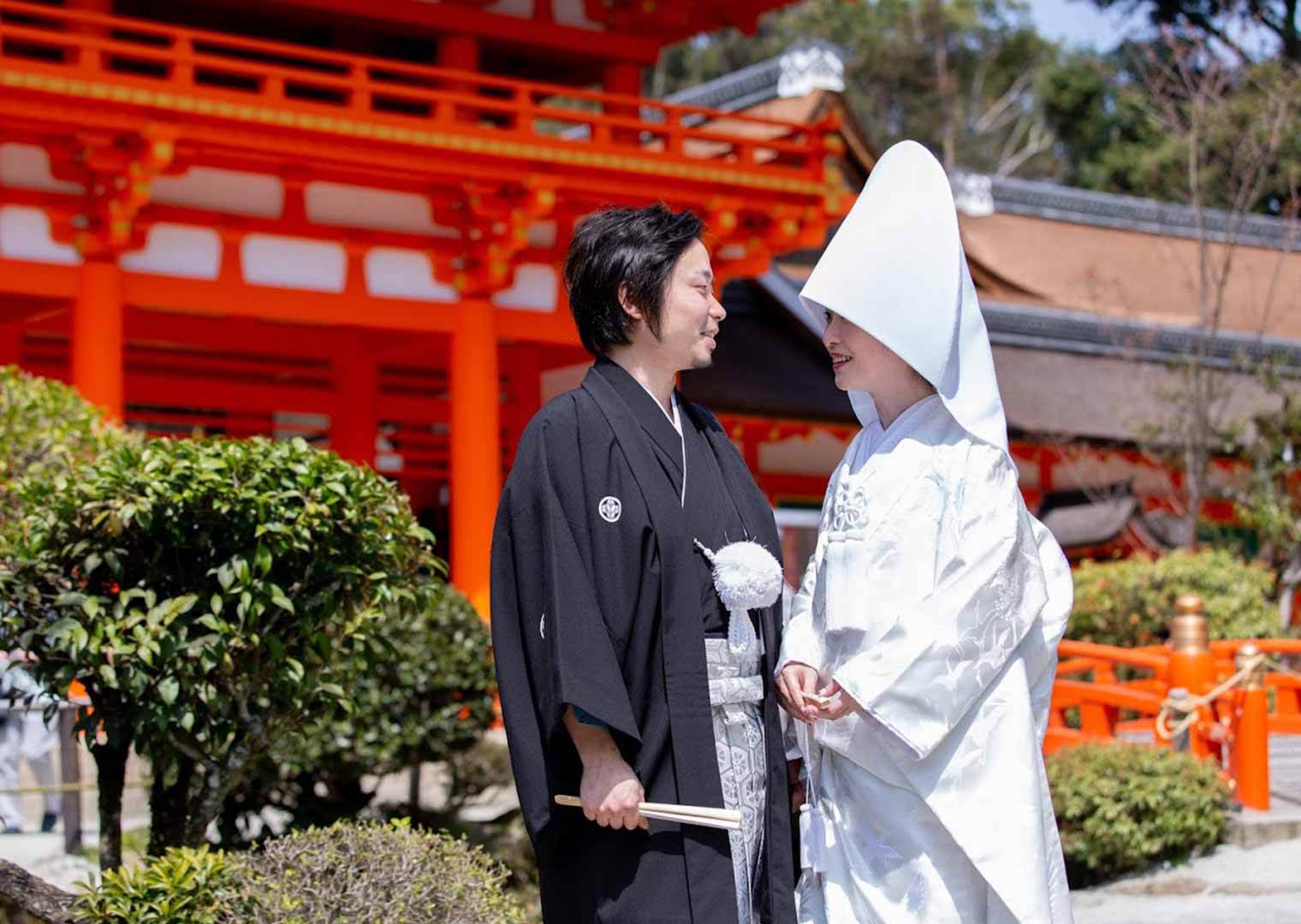 Since ancient times to the present, from Imperial families, nobilities, and samurai visits, many still adore the Kamigamo shrine. Built almost without any modifications, the entire site has been registered as a UNESCO cultural site, including 2 buildings designated as National Treasures and 5 buildings as Important Cultural Properties. 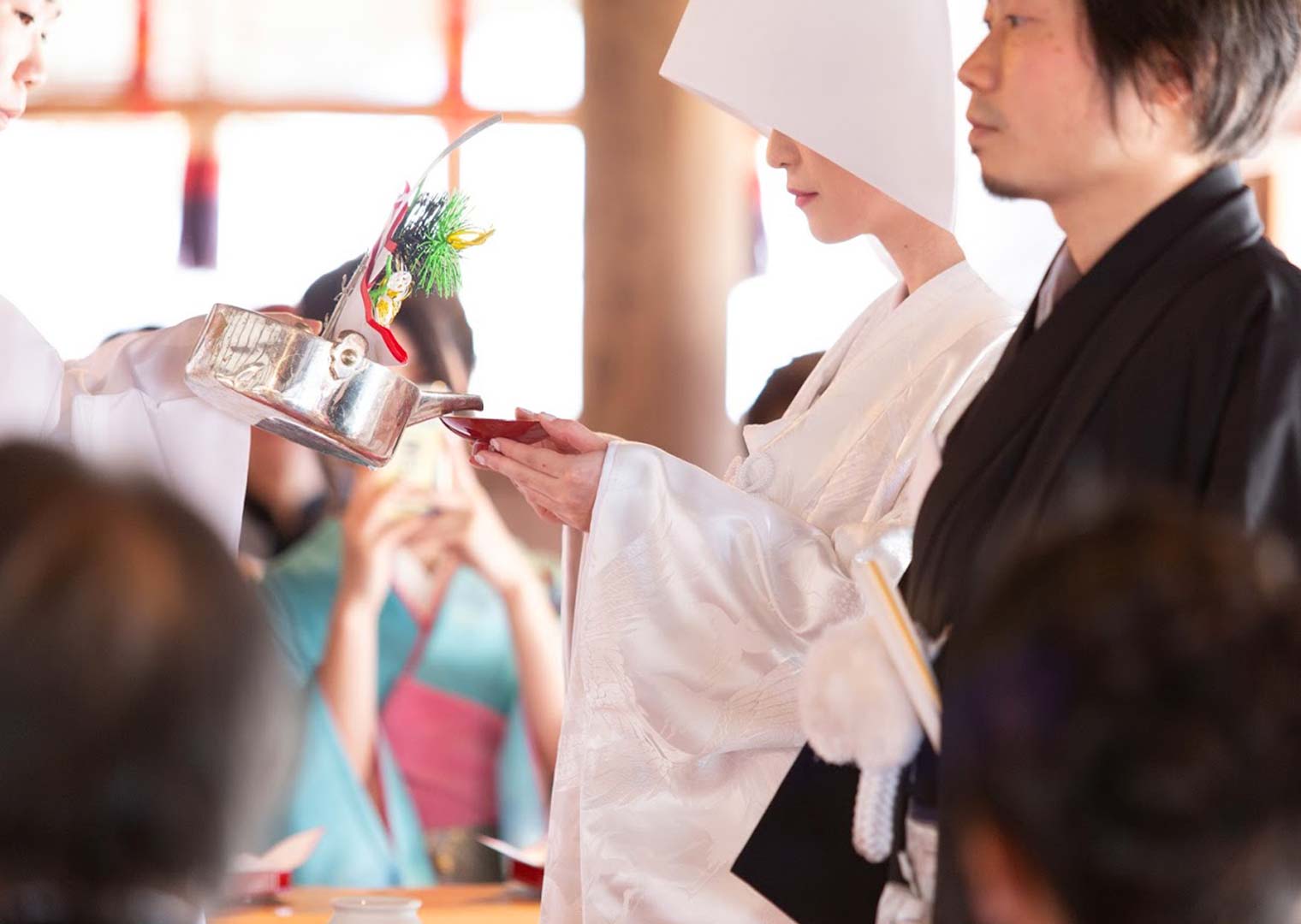 The Hosodono is used as the stage for the marriage ceremony and the Honden, a special place where past Emperors, Saiou and current Emperor Emeritus have visited, is now designated as one of Japan’s Important Cultural Properties.
Typically not accessible to the public, the Heian Era’s traditional beauty remains in this space. A place where a strong bond of two families is created through traditional Shinto wedding ceremonies. 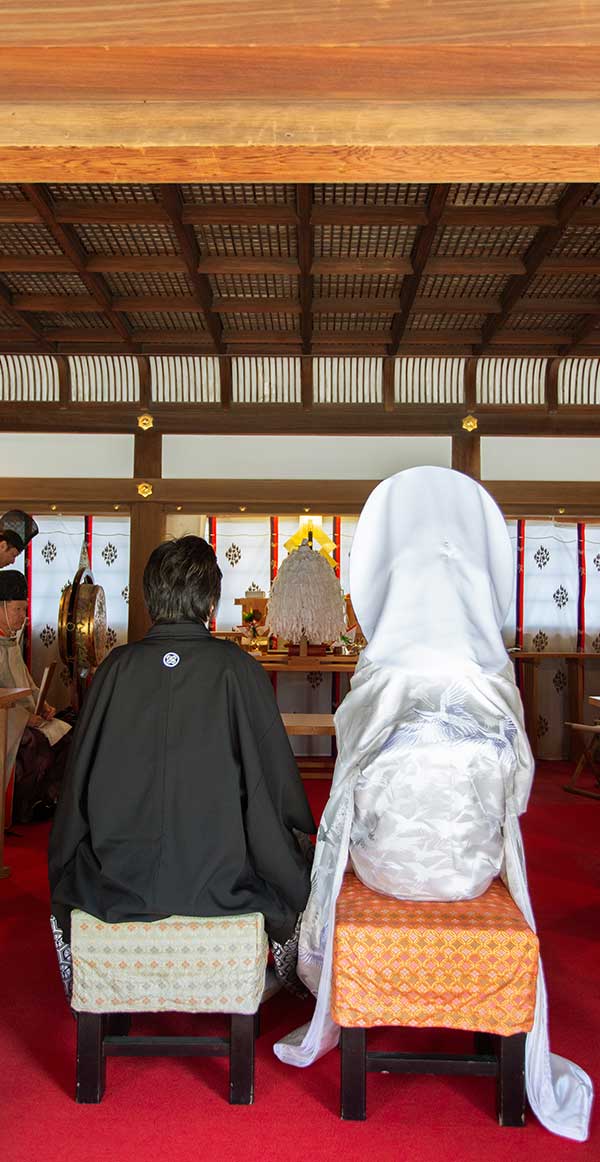 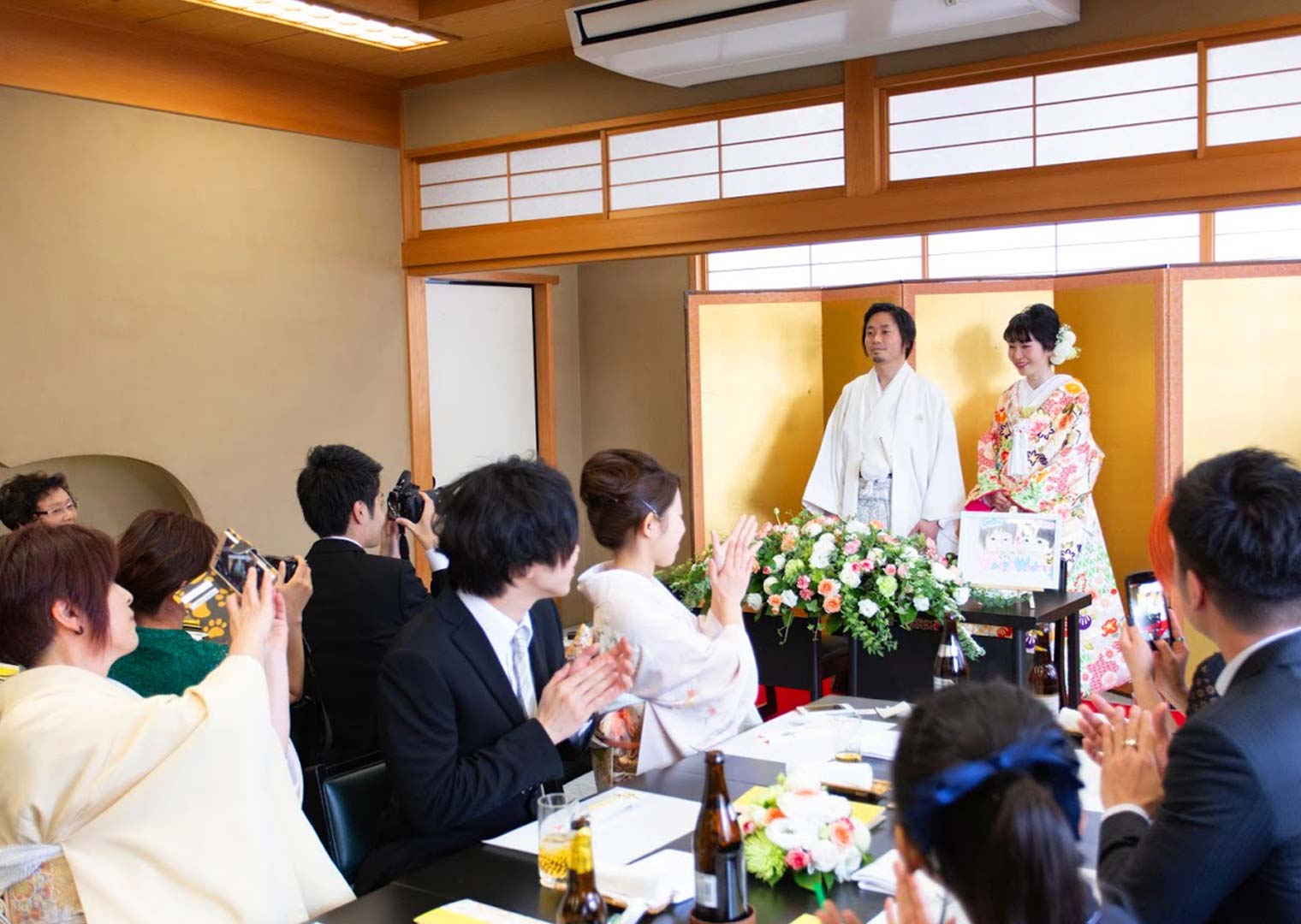 Since Tamaya’s establishment, we have maintained very close ties and nourished a deep relationship with the Kamigamo shrine. Tamaya has been catering to a variety of different traditions and preparing the sacred offerings. Naturally, many newlyweds have celebrated their wedding receptions here with us. 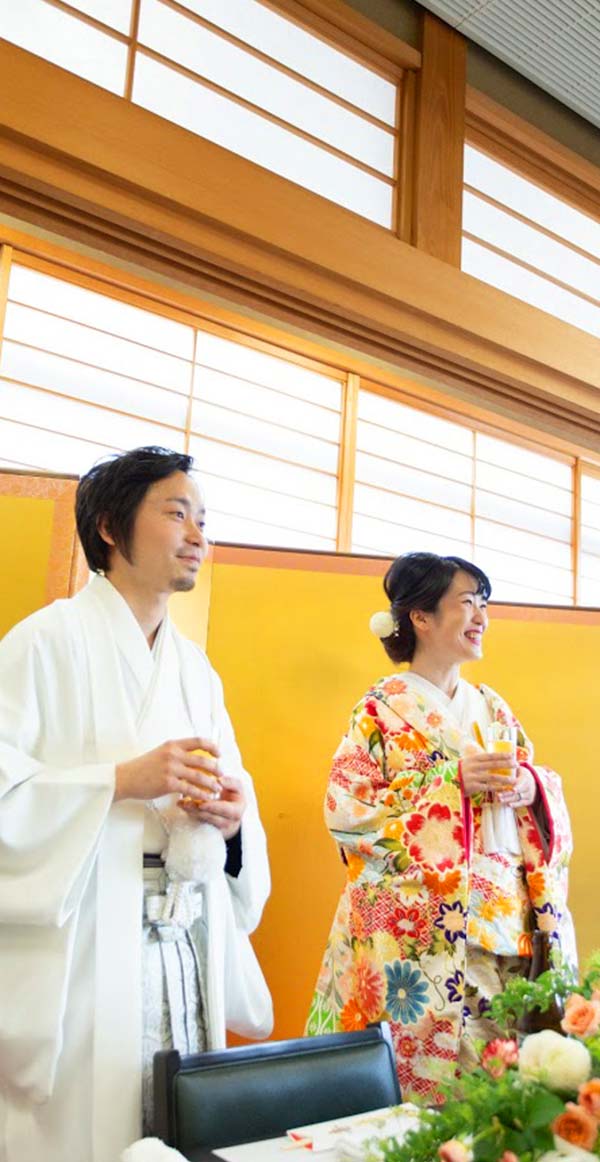